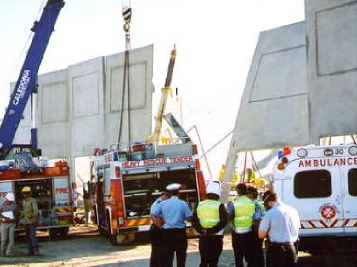 Truck driver Bob Romig and his family had no idea that as he left the Worthington Cylinder plant in Jefferson Ohio on June 20, 2005 his trailer had been loaded in violation of Worthington company rules or that twenty four hours later that negligence would cause Bob to lose his life when a pallet of cylinders tipped over and crushed Mr. Romig to death. We pursued his family’s case to trial and received the largest jury verdict in the history of the county where the three week trial was conducted. The jury returned a verdict of $3.6 million for Mrs. Romig and her three adult sons. Many people believe that a jury verdict concludes the case. Nothing can be further from the truth. In Mrs. Romig’s lawsuit, Worthington began an appeal process that lasted over three years and included appeals to the Court of Appeals, the Ohio Supreme Court, and ultimately to the Supreme Court of the United States. Worthington lost each step of the way and was finally forced to pay over $4 million with interest. Justice is not necessarily swift but it is sure if you have Lawyers on Your Side!