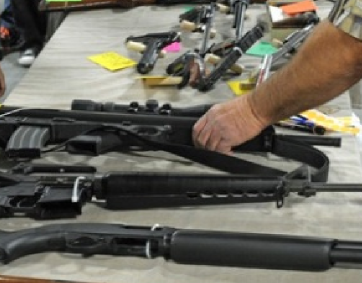 Our law firm was privileged to represent Gregg Pavlides, who was tragically paralyzed from the waist down after being shot by a teenager who had earlier stolen handguns and bought high powered ammunition from a gun show. Our legal argument was that the gun show promoter had a duty to make sure that weapons and other dangerous items were properly secured by his venders. A group of teenagers – ages between 13 and 15 – had entered the gun show and later told police it was “too easy” to steal unlocked guns that were simply littered on the tables of sellers. After stealing numerous handguns, the boys testified that they were approached by other venders to purchase high powered ammunition…which they did. After leaving the gun show, the boys got “high” on glue and then went on a “turfing” joyride, knocking over trash cans on a residential street. Mr. Pavlides heard the commotion, followed the boys in his car and when they slid off the road, Gregg approached their vehicle. Gregg testified he was only going to yell at them but before he knew it he was shot. The bullet severed his spinal cord.